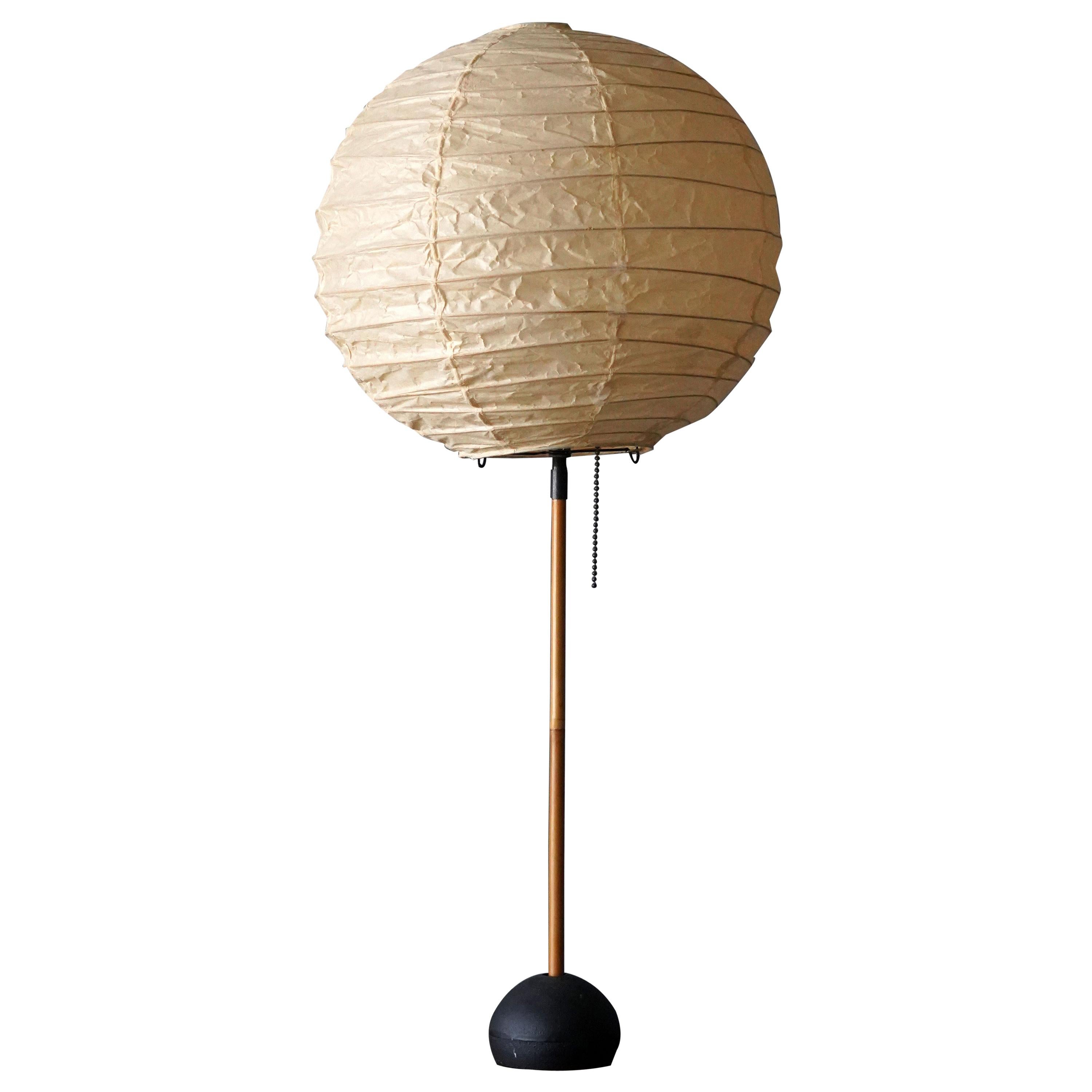 Designed by Isamu Noguchi, the AKARI is a Japanese light sculpture. Its name is derived from the Japanese words “light” and “moonlight”. In the early 1950s, Noguchi visited the Japanese town of Gifu and incorporated traditional Gifu crafts into his designs. He also created a stylized moon and sun logo for the AKARI. It was intended to provide a practical source of illumination and a symbol of Japanese craftsmanship.

The lamp is made from washi paper, cut into strips and glued onto a wooden framework. The framework is made of bamboo ribs with sculptural molded wood forms. The ribbing reflects light inside the lamp and creates an irregular effect. The ribbing also acts as an additional form of illumination. The framework is collapsible, allowing the lamp to be packaged and shipped flat. The Japanese paper enables the light to pass through and soften the light. This effect is due to the inherent wrinkles and light-dispersing quality of Japanese paper.

Isamu Noguchi had a great love for washi paper. He used washi to create nearly thirty different models of Akari lamps. Originally, Noguchi wanted to create luminous sculptures. He experimented with models without ribbing and models with traditional ribbing. He also explored variations in size. Ultimately, Noguchi was interested in the slow degradation of washi. Noguchi worked to create a variety of lanterns that could be both affordable and versatile. He incorporated metal single-stem stands into certain lanterns in the early 1960s.

The lanterns are made from quality materials. They are PAT tested for the UK and are made by skilled craftsmen. The lanterns are available at a wide range of prices. They can be purchased with wall plug-in kits or 120V US ceiling wire kits. They can be used as ceiling lights, pendant lights, or wall lights. Akari lamps have been a savior for the Isamu Noguchi Foundation, which is dedicated to preserving Noguchi’s legacy. The lanterns are a symbol of 20th-century design and are a favorite of younger consumers.

In the 1950s, Noguchi sought a distributor for Akari in the United States. He registered for patents in the US. He then began producing lanterns in Japan. He exhibited Akari at showrooms in Europe as well as in Japan. He also entered into distribution agreements with Martinelli Luce in Lucca, Italy and Steph Simon in Paris. The lanterns also enjoyed a presence in design magazines in the early 1950s. The lanterns enjoyed a strong following during the influenza pandemic of 1957 and 1958. The sales of Akari lanterns skyrocketed during the pandemic. In fact, Akari lanterns were one of the most popular home decor items during the pandemic.

Akari is still in production. Today, the AKARI light sculpture is made by the Gifu, Japan-based company Ozeki & Co, Ltd. This company has been awarded more than 100 awards during the Meiji, Taisho, and Showa periods of Japanese history. The lanterns are produced using quality materials and have an inherent out-of-time quality.